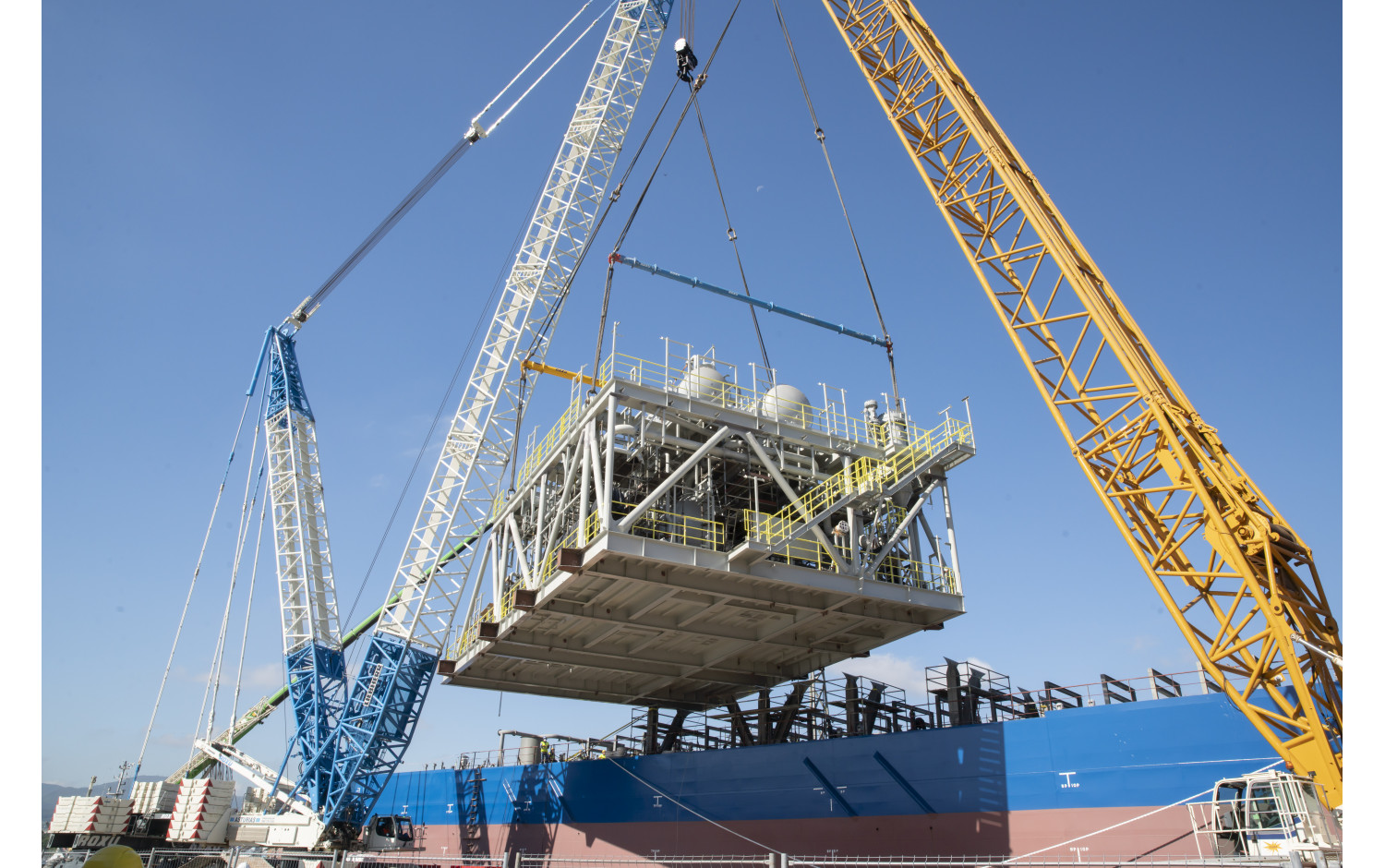 Idesa has become one of the most recognized and respected companies in the design, manufacture and supply of static and modular equipment worldwide. Founded in 1993 as a technical and commercial office to support local fabrication shops in the Oil & Gas business, Idesa´s values are based on its strong commitment to the safety, quality and competitiveness of its products. This commitment is fulfilled by each and every employee with the objective of ensuring customer satisfaction.

The company is today one of the leading suppliers of large equipment such as coke drums, vacuum columns, fractionators, reactors and FCC & FCK units, as well as for its services in shutdown and repair of coke ovens.its services in shutdowns and repair of high value-added equipment. Its leading position in the market is due not only to its human resources and technical capabilities, but also to the location of its production facilities also to the location of its production facilities in Avilés, just one kilometer from the port, which allows direct access from the plant to the vessel without transport limitations. Since May 2014, the company has been part of the Daniel Alonso Group (GDA), which specializes in steel processing and renewable energies, with sites in six countries and more than 1,700 employees.

The company´s objective is to continue to be a global leader in the manufacture of capital goods for the oil, gas and petrochemical sectors by providing competitive solutions and services to its client portfolio, which is mostly made up of the world´s leading energy companies, as well as the large energy companies that usually execute projects for the former. The effects of the current health crisis had a severe impact on most of these large companies, following the collapse of crude oil prices due to the downfall in demand, which led to the reduction of their pre-pandemic spending plans and the slowdown or cancellation of new projects or the suspension of others already underway, as explained by the Company´s CEO.

In addition to the impact on the market, other effects of the pandemic, such as confinements and reduced mobility, have made it necessary to maximize the use of digital technologies to maintain commercial actions on a global scale, while adopting and maintaining measures to reduce the risks of contagion in offices and workshops. Simultaneously, a strengthening of renewable energy projects has been detected: solar, onshore and offshore wind, biofuels and more recently, hydrogen production. Therefore, Idesa is following the opportunities that may arise in some of these sectors, especially natural gas, offshore wind and hydrogen, which may complement the economic downturn in its traditional market.

As for the factors that have contributed to forge such a successful project. Company sources indicate that there is not just one, but the evolution of many, "which contribute to our international position: customer orientation, meeting customer expectations in terms of quality and project deadlines, reliability and trust offered to customers and suppliers while maintaining strict ethical conduct, our technological and innovative capacity, teamwork, respect and vigilance for safety at work and the environment. When it is necessary to compete in a global market, it is absolutely essential to be competent in all these aspects, not only in the technical area, as this is required by the majority of our customers. The above actions and policies must be reflected in the results of each and every project, which allows us to continuously sustain our credibility as a company. Finally, the ambition to grow and manufacture new products, as well as trying to anticipate the needs of the future, contribute to maintaining our leadership position," they say. The CEO is convinced that renewable energies or energies with a smaller carbon footprint are already a reality and will undoubtedly become even more important in the coming decades. "There are the action plans drawn up by many governments and energy companies as a path of no return". The general manager anticipates that in addition to the technologies that are already a reality: hydro, solar, wind, land or marine and biomass, which will continue their unstoppable curve of energy optimization and cost reduction, new technologies will be developed, in the field of recovery of the carbon produced, mobility alternatives or energy storage."Oil and gases will continue to play a major role in the decades to come because of their multiple industrial uses, but they will be progressively accompanied by increasingly restrictive measures in terms of the release of potentially harmful products into the environment," they say.