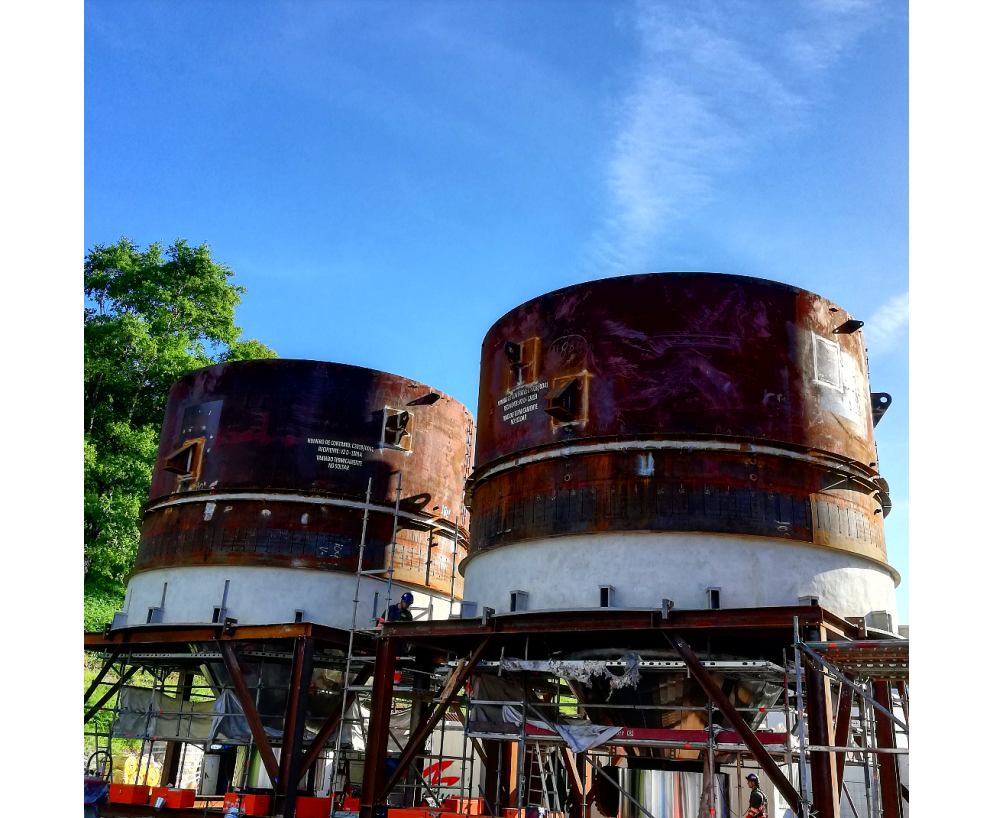 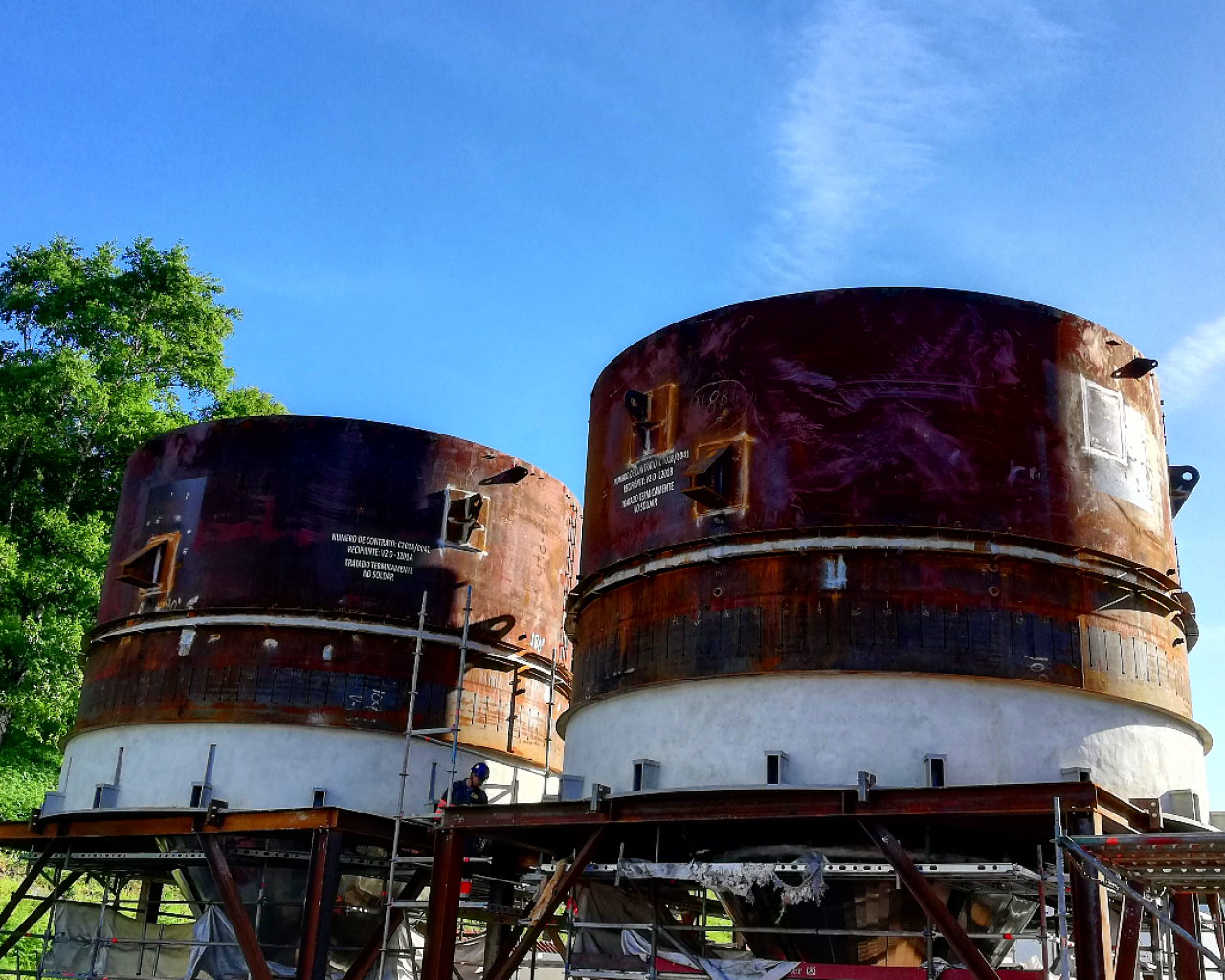 In 2018, IDIP resulted awarded of a contract for the engineering, fabrication, supply and required site works for replacement of the cone and two shell cans on each drum in the Delayed Coker Unit at Repsol Coruña Refinery, in Spain. The replacement of the complete set was executed during the turnaround scheduled for 2018.

This turnaround was similar to the one executed by IDIP in 2017 in Repsol Puertollano but, at that time, only one cone was replaced.

IDIP manufactured the two sets (cone + two shell cans) at IDESA’s workshops in Spain and sent them to Coruña for its partial assembly during the preparation works for the turnaround.

Main challenge in the turnaround was the need to lift the complete drum supported on the top part of the structure in order to make the necessary room for the removal of the old damaged sections and the installation of the new fabricated ones.